"The latest from filmmaking and burlesque duo Fiona Gordon and Dominique Abel wears its whimsy like a badge of honour. Existing in a world that feels not at all far away from those of Wes Anderson and Jean-Pierre Jeunet, this brisk 83-minute trip down Paris' rabbit hole will either delight or infuriate, depending on one's tolerance for such levels of quirk.

Fiona and Dom play Fiona and Dom, a Canadian librarian on a mission to Paris to rescue her elderly aunt (the late Emmanuelle Riva), and an adventurous homeless man, respectively. Perhaps inevitably, the two are to be soulmates. However, once they have had their first encounter at an expensive restaurant, this simple set-up has revealed itself as a mere springboard for the series of inventive, lovingly realised set pieces to follow.

While this may sound frenetic (and there is certainly an element of Lost in Paris that refuses to sit still), the effect is nonetheless oddly soothing. For all of their antics, Gordon and Abel's vision ultimately resounds with melancholy, and empathy for outcasts such as the characters they and Riva play. By the time the three share a rooftop view of the city towards the film's end, these slapstick antics have attained a genuine, gentle lyricism.

Naturally, there are many who will (not unfairly) find Lost in Paris to be overly indulgent and whimsical to a fault. However, few will be able to deny the surprising well of sincerity behind its screwball Keaton homage, nor the odd clarity with which it captures the titular city." 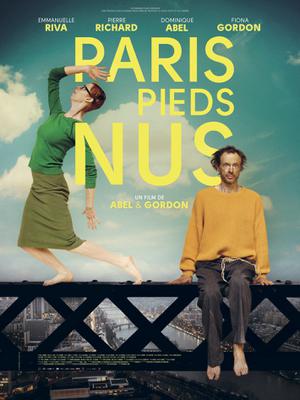