Maryanne Redpath is head of the Generation section of the Berlin International Film Festival.

She was born in New Zealand in 1957 and has been living and working in Berlin since 1985. After gaining a Bachelor of Arts Degree in Classical Studies and a Post-Graduate Diploma in Drama in New Zealand, Redpath moved to Sydney where she deepened her knowledge of theater at the Drama Action Center. During the 1980’s and early 1990’s, she worked as a multi-media performance artist, a theater technician, taught drama to handicapped people and to children and gave art lessons to Aboriginal children in Central Australia. She wrote scripts for and directed experimental 8mm and 16mm films and presented an Australian television series about health matters. She also taught English and translated books and texts. From 1991-1994 Redpath qualified as an authorised teacher of the Feldenkrais method.

In 1993 she began working as the section head´s assistant of the Berlinale Kinderfilmfest and in 2002 she became the deputy head. In May 2008, she was appointed head of the section, which had been re-labelled Generation in 2006. Since 2004 she has been the official Berlinale Delegate for Australia and New Zealand. In 2011 Redpath became a voting member of the Asian Pacific Film Academy (APSA) and was also involved in setting up the inaugural Young Audience Award for the European Film Academy. Furthermore, she is the head curator of the Berlinale special series NATIVe – A Journey into Indigenous Cinema, which was launched in 2013. 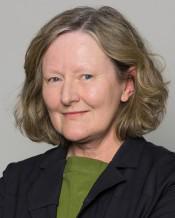